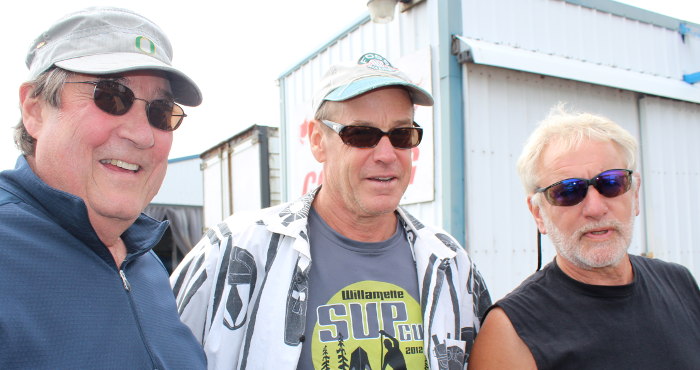 Bill Campbell: I retired from 31 years of public service in May 2008 and was ‘life flighted’ within 7 days. My wife said “I left and came back later”, for me it was a time of darkness and a return to the light. My Pulmonologist released me to my own cautions in October 2009. While having dinner with our close friend, Imie Camelli, Director of the North Tillamook County Food Bank, she expressed her chagrine at being contacted by Joe at the North Fork Nehalem River Hatchery every year and asked if she would like some returning Coho Salmon for the Food Bank. Alas, she did not have the capability to receive and process the Salmon for distribution. I asked her if I could give it a shot and see what we could do with the Salmon. She said yes and I contacted Joe @ the Hatchery and Oregon fish & Wildlife. We were given an OK to receive returning ‘hatchery Coho Salmon’ from the Life Cycle Monitoring (LCM) Trap, above the Hatchery, on the North Fork Nehalem and were connected with Derek Wiley, ODFW – the LCM Crew Leader.

Then I contacted Darus Peake, Tillamook Bay Boathouse, asking if he would process hatchery salmon for the Food Bank at cost, and he said Yes; then I called Mike Ehlen, a NeahKahNie renaissance guy, asking if he would help raise funds and process Salmon’ while developing community support and funding for the effort, he said Yes; then we asked NeahKahNie High School if student volunteers could help us collect, clean and ice fish for the Food Bank, and they said yes; and the Smiley Brothers came to life. We call ourselves the Smiley Brothers, because what we do brings us joy. We’re starting our 5th year of assisting ‘The Swimmer’ (the Salmon) keep its promise to feed the people with community support and involvement that continues to grow. 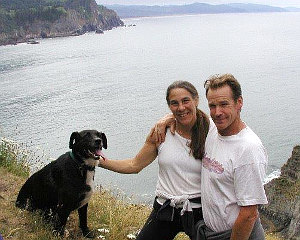 Mike Ehlen: Back in 1966 when Mike received his driver’s license his first inclination was to head west to the coast to surf. Through high school he stayed with friend’s parents on weekends in the sleepy little town of Manzanita and surfed the local beaches every chance he had. 31 years later, Mike and his wife Janice have made Manzanita and the North Oregon Coast their home where the ocean is still their passion. Over the years Mike has been involved in the construction business working as a general contractor and specializing in finish carpentry. From 1992 to 2006 he toured the country as part of a team of finish carpenters installing woodwork for the McCormick and Schmick Seafood restaurant chain. Also starting in 1992 Mike became a manufacturer’s rep for Pesco-Beam; which designs and manufactures industrial sized waste oil and solvent recovery plants as well as bio-fuel processing equipment.

Mike’s interests have always been with sustainability and resource recovery -the Smiley Brothers project is a natural fit!

Darus Peake is co-owner of the Tillamook Bay Boathouse and processor of the donated fish to our programs. 20 plus years in the commercial fishing industry as both fisherman and fishmonger for Salmon, Tuna and Dungeness Crab. The past 15 years he has been busy with duties as Chairman of the Garibaldi Port Commission, Chairman of the Oregon Salmon Commission and several ODF&W Crab advisory positions. He currently resides in Nehalem with his wife Marsha and dog Annie.